How to make coffee in a French press? A fair question in an age where more analog ways of brewing coffee are increasingly falling out of favor. While this simple and traditional method for brewing coffee has been around for more than a century, French press isn’t as popular as a home brewing method as it once was.

But of course, this doesn’t mean that the French press has stopped working as it always has. Nor does it mean that technology has surpassed it; it is simply a matter of popularity.

In fact, the French press is incredibly popular among baristas, and virtually all coffee shops offer French press coffee on their menu.

I am a firm believer that the French press has to be first and foremost in a coffee lover’s household. Not only is the French press a very versatile little brewer, but it’s also a simple way of making coffee that demands your attention without hogging it.

This way, you have to be involved in the process instead of pushing a button and walking away. You pay closer attention to your coffee and, as a result, you brew better coffee.

So let’s take a closer look at the French press. Its history, how to properly make coffee using a French press, and a few tips and tricks that we can use to make our French press coffee better.

Introduction to the French Press

As a household brewing method, the French press is actually the oldest brewing device in history. It was invented in the 1920s. It was only a whole decade after that that other home brewing devices would start popping up all over the world—most notably the Moka pot in Italy and the Chemex in Germany, both during the 1930s.

The principle of the French press is extremely simple. It works by steeping, meaning that our coffee is brewed by being steeped in hot water. This is the same way that tea is brewed and, when it comes to coffee, there aren’t very many brewing methods that are completely steeping-oriented; the cold brew is one example, but it doesn’t use hot water.

Steeping is a great, fail-proof way of brewing coffee. This is one of the reasons why the French press is such a great brewing method to have at home. Other brewing methods (and I’ll refrain from naming names mostly because it’s counterproductive) have many, many variables regarding when to pour water, how to pour it—in circles or right down the middle of the coffee bed—and even how much to pour at a time. It can be a little unnerving.

The French press? There’s no need for so much calculation and thinking. Simply pour the water, put the lid on, and wait patiently. Steeping takes care of the rest.

This might go a little underappreciated, so I will elaborate just a little further. Take the Hario V60, for example. You could argue that in its case, one only has to pour the water and the V60 takes care of the rest as well, right?

The Hario V60 requires a gooseneck kettle, for example, to properly pour water and thus wet all the grounds, fully extracting the coffee.

You’d also have to take into account the paper filter. Whether you wet it or not beforehand will have an impact on the resulting brew. You can also choose among many different shapes and types of filters. This is just an example of just how more complicated other brewing methods can be, even one as apparently simple as the Hario V60.

This is all just to establish the viability of the French press as a brewing method. As I mentioned earlier, this classic brewing method seems to have fallen out of favor, yet there is no real reason as to why. At least not when only looking at it as a coffee-making device.

How to Make Coffee With a French Press

1) Ground the coffee and set it apart.

3) In a kettle, heat up some water (not from the 1 cup, which is brewing water) until it is hot and steamy.

4) Pour it in the French press. This is to heat it up and prevent temperature loss later.

5) Meanwhile, put your 1 cup brewing water on the stove to heat it up.

6) Pat dry the inside of your French press with a cloth or paper towels.

8) When the water’s boiling, turn the stove off and wait one minute.

9) Pour 50ml of water into your French press.

10) Wait a few moments for the grounds to bloom. This should take around ten seconds.

13) Place the lid on and gently press the plunger all the way down.

What is the Perfect Water Coffee Ratio?

Making a good coffee is all about ratio. But “good” is a very subjective thing—particularly when talking about coffee! There are about a million ways of using the same brewing method just as there are a million different definitions of “good coffee”. And that, to me, is one of the things that makes coffee so great. People quickly develop their own unique coffee-specific taste and learn to cater to it.

One of the main ways of doing this, if not the main way, is to change up the coffee-to-water ratio. This means how many parts of water we’re using per part of coffee. Coffee, after all, is nothing but water and coffee. Even something like espresso is about 90% water—the amount of water we use matters a lot. It isn’t an exaggeration when I say that water is the main ingredient in your morning coffee!

A ristretto is an even stronger version of the espresso. It has a ratio of 1:1: 14 grams of coffee go in, about 15ml of brewed espresso go out.

On the very opposite side of the spectrum is the French press. To make a cup, 8 fluid ounces of water, we use 14 grams of ground coffee in this recipe. That’s equivalent to 1:16. One part coffee, sixteen parts water. That’s so much more water than it is used for an espresso! And yet, if done correctly, French press coffee doesn’t taste watered down or diluted. It can be strong and have a heavy body, but never as strong and concentrated as an espresso or a ristretto because the amount of water is just too much. And yet, as I said earlier, it is all about your personal taste.

The point here is that the amount of water you use leads to a difference in taste and an even greater difference in terms of the strength of your coffee. So it follows that using less water in our French coffee would make a stronger coffee while using more water would make a lighter coffee.

Don’t go overboard, though. I recommend going no lower than 1:12 for stronger, more concentrated French press coffee and no higher than 1:18 for lighter, slightly less bitter coffee. Do it gradually: add (or subtract) one part of water each time depending on what you want instead of doing it all at once. You might find your ideal coffee along the way.

In conclusion: no, there is no perfect ratio. But there might be a perfect ratio for you, which is different. And only you can find out which one it is. So get to work!

Is French Press Coffee bad for you?

There is a lot of debate about whether French press coffee is bad for you or not. The reason for this debate is cafestol, a compound present in coffee. This compound is found in coffee oils, and it is thought to be responsible for increasing your cholesterol.

The truth is that no definitive studies exist as to whether cafestol is completely responsible for this increase in cholesterol in coffee drinkers. There is however evidence that cafestol can have this effect, which can be proof enough to some people to stay away from cafestol altogether.

French press coffee has a higher presence of cafestol than almost all other types of coffee. This is because a French does not use paper filters, which retain a great percentage of coffee’s natural oils, which is where most of the cafestol is found. So, whenever there is some sort of paper, cloth, or very fine metallic filter, cafestol is trapped there. That means that most brewing methods that use metal mesh filters (cold brew, French press) or no filter at all (cowboy coffee, Turkish coffee) are the ones that are high in cafestol, and thus, potentially bad for your cholesterol.

The French press is a great brewing method that offers delicious coffee that can be made with ease by the most inexperienced coffee lovers. It works by steeping the coffee grounds in hot water and takes approximately three minutes to brew a cup of coffee.

Although not as popular as it used to be, the French press is a must-have in a coffee lover’s home and offers a flavor and aroma that can easily outdo many other brewing methods, mainly because it does not use a paper filter, something that is both good and potentially not so good at the same time.

If you want to learn more about other methods of making coffee, make sure to read my guide about how to make espresso at home. 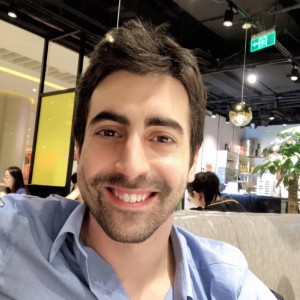 The Guide to Brew Coffee Using the 4:6 Method 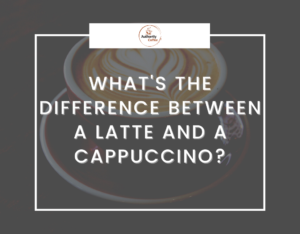 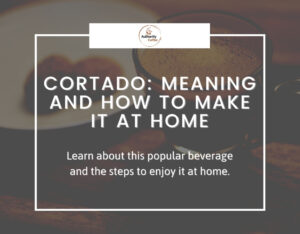